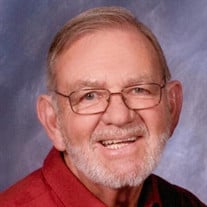 William Herbert Higham, Jr. February 11, 1941 – January 6, 2022 William “Bill” H. Higham, Jr. of Franconia, VA and Southern Shores, NC passed away on January 6, 2022 due to complications from Parkinson’s Disease. Beloved husband for 62 years of Nancy True Higham; loving father of Nancy Lee Higham, Debbi Gorham and her husband Rick, Kathie Higham and her husband Dave Smith, and D.A. Higham-Gardill and her husband Greg; grandfather of Ricky Gorham (Hollis), Emily Gorham, Billy Gorham (Samantha), Lindsey Lee Smith, Ellie, Nicholas, Carly, and Danny Gardill; great-grandfather of Sophie, Beau, Brett, Saylor, and Byer; best lifelong friend of Wayne (Nancy) Cannon. Predeceased by parents, William H. and Dorothy (Anderson) Higham, brother, Andy Higham, grandson Mark William Gardill, and great-granddaughter Pamela Gray Gorham. Bill was born, raised, and lived all of his life in Franconia, Virginia, where he was a self-employed contractor. He was an avid outdoorsman who never missed a hunting season on family land in Shenandoah County. Then, as a young man in the 1960s, he discovered the Outer Banks, thus starting a love affair with the beach not just for himself, but also for his wife and daughters, and then their spouses and children, and so on and so on. At one time the little oceanfront cottage he built for his family was the most northern beach house in Southern Shores, when the beach was wide, the fish were plentiful, and boy did it get dark at night! Although his dreams of retiring permanently to the beach never happened, he spent as much time here as he possibly could, and even had a business here to assure he would have to come as often as possible. He opened Ocean Spas, one of the first hot tub sales and service stores on the beach, and also built, owned, and managed Ocean Commerce Park in Kill Devil Hills until his health took a turn for the worse. Business aside, family was always first. Always. There was never any sleeping in at his house—we had to get up early because there was so much to do! Fishing, boating, yard work, swimming, cleaning the fish, fixing the boat, crabbing, making repairs to the house, etc. Fun times from sunrise to sunset!! Thanks for everything dad/granddaddy, we hope we do you right and continue to all live the “Bill Higham way”! We love and miss you! And don’t you worry, we will take care of mom and Nancy Lee. Relatives and friends may call at Jefferson Funeral Chapel 5755 Castlewellan Dr. Alexandria, VA on Monday, January 17, 2022 from 4-8 PM, where service will be held on Tuesday, January 18, 2022 at 11:00 AM followed by interment Pohick Church Cemetery. The family requests those who wish to express sympathy to consider making a donation to their favorite charity in Bill’s name. Bill also wanted nothing more than to walk again, so take a few minutes and go outside and take a walk with a loved one, especially on the beach, in the woods, or to a sporting event.

The family of William Herbert Higham Jr created this Life Tributes page to make it easy to share your memories.

Send flowers to the Higham family.