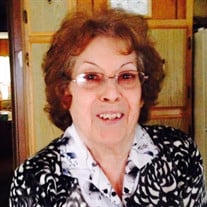 Virginia Molina, daughter, sister, wife, beloved mom, and granny to many. Born on 26 January 1932 to Natividad Duran and Pete Herrera. She was just six years old when her mother passed away. She always carried memories of her mother making Shirley Temple curls with a big bow in her hair. She was raised by her grandmother, Eusebia Aguilar (Granma Savia) in the small town of Tularosa (Tulie) New Mexico, her hometown, a place very near and dear to her heart where many family members still live today. Tulie continues to be, and will always be, a special place in her children’s hearts as well with so many fond family memories shared. Mom was the high school football queen for many years over, with that beautiful smile and spirit to match. Raised a very strong woman of faith in their Catholic church and was a faithful servant of God. Virginia graduated high school and at the age of 19, she and her hometown friend Esther Aguilar, set off on their own journeys and joined the Women’s Air Force (WAF), attending basic training at Lackland AFB, San Antonio. She ultimately received orders for Ft Myer, Arlington VA with her assigned duty station of the Pentagon. She was “promised” to another man back home and planned on returning to continue the courtship, until a tall, handsome Italian man walked into her life. Peter Molina, Jr., who happened to enlist in the Air Force around the same time from his hometown of Revere, Massachusettes received orders for his duty station at the Pentagon as well. He swept her off her feet and the rest is “Molina” history. Mom was in Nebraska Hall for the women and dad was in Alabama Hall for the men. They would take walks across Memorial Bridge and just walk in to DC enjoying all the monuments. They worked in the same departments and had the same shifts. “yeah it was a good time” mom would say. They shared a very similar childhood memories. Both were raised by their grandmothers due to the loss of their mothers. It was an amazing story that they both enlisted around the same time, in two different states, shared such similar childhoods and both ended up at the Pentagon. It was fate in the making that brought them together. Mom and dad married on 31 Oct 1954. Yes Halloween – was the day they both could get leave head back to mom’s hometown. Mom and Dad both loved the NCO club which was the happening place in the military days and where they were part of many bowling leagues. In 1955, Mom discharged from the Air Force in the days when women could not continue to serve and begin their family “with child”. Of course now women can have a family and be an active military member. She enjoyed the Air Force and serving her country very much. The Air Force took them to many duty stations around the world, accompanied and unaccompanied (Ascension Island) tours. Christine Helene and Deborah Marie were born at Ft. Belvoir, VA, then during a six year assignment overseas, Peter Ralph and Patricia Lorraine were born in England (they both held dual citizenship, British & American). Several moves later, and dad’s final duty station at AFTAC, took the family back to Virginia where they settled. After dad retired from the Air Force, they both joined the Southland Corporation, where they both retired. Mother was the first district training supervisor for the Southland Corporation. She established the training material and methods that were used for years to come for many future employees. Four children, 14 grandkids, 28 great-grandkids, and 5 great-great-grandkids later. She loved them all straight from the heart, unconditionally. She is known as “granny” to not only her grands but many other friends and neighbors. Mom’s love was pure love, family or not. A phone call if it was your birthday or a card in the mail. She tried to write them all on her calendar so as not to forget. Christmas, Easter, any holiday she would always pick up the phone and would always have a little something for everyone. Mom and dad were married 56 years. Mom was a pillar of strength for our family the heartbeat of this family. She taught us the meaning of family and keeping them first. A true saint and angel of God that will forever be missed. She is preceded in death by her husband, Peter Molina Jr., her son Peter Ralph Molina, and her granddaughter, Jessica Lee Parker. Virginia is survived by her three daughters; Christine Rhoades (James Rhoades), Deborah Hathaway (Clarence Hathaway), Patricia Molina (Bernard Cogar), and daughter-in-law Judy. Mom is also survived by her sister Mary Stanfill, from Tularosa NM and brother John Herrera from La Luz, NM and by her loving extended family in New Mexico.

Virginia Molina, daughter, sister, wife, beloved mom, and granny to many. Born on 26 January 1932 to Natividad Duran and Pete Herrera. She was just six years old when her mother passed away. She always carried memories of her mother making... View Obituary & Service Information

The family of Virginia Molina created this Life Tributes page to make it easy to share your memories.

Send flowers to the Molina family.