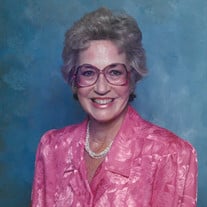 Virginia Marie Cooper Long time resident of the Mount Vernon area, passed away peacefully at home on October 8, 2019. She was the beloved mother of Cynthia Louise Reiss, and Patti Ann Price; grandmother of Virginia Marie Price “Gina”, Stephanie May Reiss, and Kristen Noel Price. Great Grandmother of Demeitre Vincent Reiss, and Christian Westcott Trader, and Great-Great grandmother of Rhea Everly Reiss Proceeded in death by parents Oliver Jacob Cooper “Pop” and Mary Elizabeth Gibbons, sisters June Mary Cooper Barco, and Marion Estelle Cooper Burton, and brothers; David Lee Cooper, Gene Wilford Cooper, and Theodore Oliver Cooper, and by her granddaughter, Marie Faith “Faye” Young Burns along with her unborn infant daughter. Also preceded in death by her beloved Aunts Ruth Helen Gibbons Meagher, Clarine Janet Cooper Belt, Margaret Lauretta Cooper Reagan, and Mildred Marie Cooper Facchina; and cousin, Dorothy “Dot” Clarine Belt and nieces Bonnie Sue Cooper Chumley, and Veronica Lee “Vicky” Cooper Young, and nephew SGT Gene Wilfred Cooper, Jr. And her beloved friend and teacher Martha Mary Dalton. Virginia leaves behind numerous cousins and nieces and nephews. She was the remaining matriarch of the Cooper family, often sending well wishes and photos to every family member and their children. She had great joy in sharing her family history and acknowledging the lives of others. Virginia was born and raised in the Woodlawn, Mount Vernon area off Richmond Highway and “Cooper Road”, so named after her father the late Oliver Jacob Cooper. “Cooper Street”,named after her late Grandfather, Frederick Cleveland Cooper; the Coopers were early developers in the Woodlawn, Mount Vernon area. They built many homes and lodging establishments; “The Willows” and the “Rainbow Tourist Court” in the 30s. The property were sold in the 60s and Cooper Center, along with McDonalds is now where her family home used to be. She graduated from Mount Vernon High School in 1949, where she said “I Virginia Marie Cooper, leave the answer for getting through Mount Vernon, perseverance, ability, and a seat behind” . She loved all different kinds of music; and often recalled her childhood being from a “Singing” family. She and her sisters would harmonize and sing while doing the dishes. She said June was contralto, Marian was alto, and she was soprano They often sang as family, and grandma played piano. They would also sing Irish songs; she was very proud of her Irish heritage, and the Irish Blessing was one of her favorites She got her first job at Fort Belvoir as a clerk typist. She had an honorable long career of 31 years with the Federal Government serving as a procurement professional and retired in 1987 from the Defense Fuel Supply Center, Cameron Station, Alexandria, VA. She loved our country, and proudly displayed the American flag on every occasion. She lived in Alexandria for many year, and then moved to Sarasota, Florida, so that she could be near the Gulf of Mexico that she loved dearly. She enjoyed watching the sunsets, the warm Florida sunshine, and the crystal blue waters. She took long walks on the Siesta Key beach. It was her favorite place to sit and meditate. She loved the soft silky sand and collecting seashells. It was Mr.& Mrs. Charles Reed Price that introduced her to religion, Christian Science, by giving her Science and Health with key to the Scriptures by Mary Baker Eddy. This was a revelation and became the strength in her life until the day she passed. She passed peacefully with her bible in hand. Her last call was to her Christian Science practioner, where she simply and calmly told her she was “going on”. Relatives and close friends may call at Jefferson Funeral Chapel, 5755 Castlewellan Dr., Alexandria, VA, on Tuesday October 15, 2019 from 12:00PM until time of service at 1PM. Interment will be at Mt. Comfort cemetery at 2:30, followed by refreshments at Cedar Knoll, 9030 Lucia Ln. Ft Hunt, VA

The family of Virginia Marie Cooper created this Life Tributes page to make it easy to share your memories.