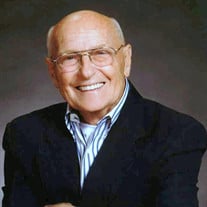 VINCENT JOHN CICCONE “VINCE” LTC. U.S. Army (Ret) Lt. Col. Vincent J. Ciccone, U.S. Army (Ret.), of Lorton, VA peacefully passed away at the age of 86 on January 12, 2021 due to complications from Parkinson’s. He was born Vincenzo Ciccone on April 4, 1934 in Bronx, NY to Giovanni and Teresa Ciccone, immigrants from Afrogola, Italy. After graduating from Theodore Roosevelt High School, Vince attended City College of New York through the ROTC program where he earned a B.S. in Civil Engineering. Upon graduation in 1957, he married his sweetheart Elizabeth(“Betty”) and began his service in the U.S. Army. Vince went on to earn a M.S. in Environmental Engineering from Rensselaer Polytechnical Institute (1964), a Ph.D. from Rutgers University (1972), and became a licensed Professional Engineer (PE). Vince’s career as an engineer in the Army serving in the Medical Service Corps had him stationed at several overseas and domestic posts before settling his family in Alexandria, VA. As a young Captain, he honorably served a year-long tour in Vietnam in 1968. During his more than 20 years of service, his military decorations and awards include the National Defense Service Medal, Vietnam Service Medal, Army Commendation Medal, Vietnam Campaign Military Medal, Bronze Star, Meritorious Service Medal, Vietnamese Cross of Gallantry with Palm, and Legion of Merit. After his retirement from the military in 1978, he started his own environmental engineering consulting firm, VJ Ciccone & Associates (VJCA), which he eventually sold to Law Environmental. Shortly thereafter he established ROMEM Aqua Systems Company (RASCo), an engineering consulting and design firm, which will continue under the direction of his son and daughter. Vince was also an active member in the National Defense Industrial Association (NDIA), serving in various board positions. While Vince thrived on building his companies, his favorite way to unwind was spending time with his wife at their home on Cobb Island in Southern MD. There he actively served the Knights of Columbus, participated in community social events, and always enjoyed gatherings of family and friends at their waterfront property. Known for his keen business sense, honest friendship, and practical words of wisdom, Vince’s warm and welcoming personality will certainly be missed by those fortunate enough to know the pleasure of his company. Vince was the beloved husband of 60 years to Betty; father to four children—Robert Ciccone, Teri (Dan) Lohmann, Joanne (Sean) Alger, and John (Alison) Ciccone; and grandfather to nine grandchildren: Amy and Eric Ciccone, Christopher, Andrew, and Jonathan Lohmann, Tyler and Lauren Alger, and Lauren and Caroline Ciccone. He is also survived by his sister, Caroline Caglianone, of Purdys, NY. A memorial mass will be held at 1PM on February 15, 2021 at St. Raymond, 8750 Pohick Rd., Springfield, VA. Please use this link: https://vimeo.com/508032878 to participate in the Mass virtually. Interment at Arlington National Cemetery will occur at a later date. In lieu of flowers, memorial contributions may be made in his name to Holy Ghost Church, Attn: Rev. Robert Golas, 15848 Rock Point Rd., Newburg, MD 20664

The family of Vincent J. Ciccone created this Life Tributes page to make it easy to share your memories.