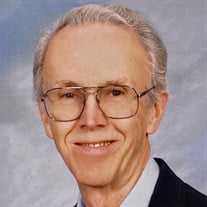 Thomas W. (Tom) Brown, 83, of Springfield, Virginia, departed this life, on Nov. 17, 2019, with family at his side. A Celebration of Life service will be held Saturday, Nov. 23, at Jefferson Funeral Chapel, 5755 Castlewellan Drive, Alexandria, Virginia. Tom is survived by his wife of almost 58 years, Peggy Baugh Brown; a sister, Claudia Thompson; a brother, Glenn W. Brown (Dottie); 3 daughters: Elizabeth Johnson (Woody), Laura Spota (Todd), and Margaret Brown. Also survived by grandchildren: Erin Johnson Warf, Samantha and Travis Johnson, Abigail and Grace Spota; a special Aunt, Nora Williamson; many nieces, nephews, great-nieces, great-nephews and cousins beyond counting. Thomas William Brown was born July 15, 1936 in Cairo, Grady County, Georgia, the youngest son of Perry Glenn and Aleyne Williamson Brown. He is also the grandson of William Barnabas and Claude Maxwell Brown, and Thomas and Annabell McCall Williamson. Tom graduated from Cairo High School where he participated in the marching band and yearbook staff (Go Syrupmakers!). He received a Bachelor of Science Degree in Electrical Engineering from Georgia Tech, and served in the US Army, attending Army language school at Monterey, California. While in California, he was introduced to his beloved future wife, Peggy Baugh, by mutual friends. Tom and Peggy were married by his Uncle Fred Meyer, a Methodist Minister, in her home church in Searcy, Arkansas, on Dec. 16, 1961. Tom was a lifelong Methodist, the last 50 years as a member of Franconia United Methodist Church in Alexandria, VA. After leaving the army, Tom found employment with the federal government, first in the Department of Agriculture, Rural Electrification Administration and then in the Department of Commerce, US Patent and Trademark Office where he spent 30 years as a Patent Examiner until his retirement in 1998. A true Scotsman, Tom saved money whenever he could, making modifications to the family home and vehicles, including converting a van into a camper van with a kitchenette and benches which could become both a table and a bed. As neither Tom nor Peggy had travelled much as children, they endeavored to travel with their daughters every summer and on many holidays. They drove across country, in the modified van, visiting family, friends, and old army buddies, stopping at many sites of historical or natural significance. By the time his daughters were teenagers, the family had visited 44 of the 50 US states and parts of Canada. During some of those trips, stops were made at courthouses and cemeteries to pursue Tom and Peggy’s shared passion for amateur genealogy. They have been long time members of several genealogical societies. Tom’s passion for family photography was passed on to his daughters who each received their own cameras around age 8. After all, no family gathering was complete without a group photo. After retiring, Tom and Peggy continued feeding their “wanderlust” and traveled to the remaining 6 US states and touched all 7 continents. His gentle manner, loving disposition, dry wit, and an engineer’s penchant for fixing things will be greatly missed. If he could tell family, friends and even perfect strangers, one last thing it would be “You ought to write that down!”, his mantra to preserve family lore for future generations.

Thomas W. (Tom) Brown, 83, of Springfield, Virginia, departed this life, on Nov. 17, 2019, with family at his side. A Celebration of Life service will be held Saturday, Nov. 23, at Jefferson Funeral Chapel, 5755 Castlewellan Drive, Alexandria,... View Obituary & Service Information

The family of Thomas William Brown created this Life Tributes page to make it easy to share your memories.