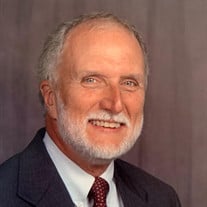 Thomas Mason Brison of Springfield VA died October 15, 2021 from a fall associated with Parkinson’s Disease. Tom graduated from Charleston WV High School in 1957. After graduating in 1963 from West Virginia University with a degree in Political Science and Sociology, Tom was employed by the Corp of Engineers in Huntington, WV. In 1967 he accepted a position with the Department of Army as a civilian employee at the Pentagon. He was a board member of the Army Civilian Personnel Alumni Association for 13 years and served in the Coast Guard Reserves for 8 years. Tom was the son of Bryan O Brison and Margaret W. Brison. He is survived by his wife of 58 years, Judith Cooper Brison; sons Thomas Gregory Brison (wife Janet) and John Christopher Brison (wife Eve); brother David Brison (wife Karen) and sisters Jane Plott, Martha Summerville, Janet Connell (husband Lindy); grandchildren Kayla Rupp (husband Cody), Grace Brison, Hayden Brison, and Mason Brison. Burial services will be at National Memorial Park, 7482 Lee Hwy, Falls Church, VA at 1:00 on November 5. Funeral services will be held at 2:00, November 7 at Sydenstricker United Methodist Church, 8508 Hooes Rd, Springfield, VA 22153, where Tom was an active member since 1977. Reverend Donald Jamison will officiate. In lieu of flowers, donations may be made to the Sydenstricker United Methodist Church building fund or to the Parkinson’s Foundation. Career history as written by Tom Brison’s own hand: I began my Federal career with the U.S. Army Corps of Engineers in Huntington, WV on June 11, 1963. I was reassigned in 1967 to work in the Headquarters, Department of Army, Office of the Deputy Chief of Staff for Personnel, the Pentagon. In 1971, I was reassigned to the Headquarters, U.S. Army Europe (USAREUR) in Heidelberg, Germany. I moved to Augsburg, Germany in 1972 and from there to Zweibrucken, Germany in 1973 where I served as the Civilian Personnel Officer. In 1976, I returned to the Headquarters Department of Army in the Pentagon. In 1981, I was selected to be the Civilian Personnel Director of the U.S. Forces in Korea and the Eight U.S. Army in Seoul, Korea. I again returned to the Pentagon in 1983. In 1984, I was appointed as the Administrator of the U.S. Army Civilian Appellate Review agency in Falls Church, VA. I was selected to be Civilian Personnel Director of the U.S. Army Military District of Washington in 1987. I retired from the Civil Service on October 1, 1997. I was reemployed the next day as a Non-Appropriated Fund employee by the U.S. Army Community and Family Support Center in Falls Church, VA. There I served as the Chief of the Career Management Branch. I retired from that position on March 30, 2003.

Thomas Mason Brison of Springfield VA died October 15, 2021 from a fall associated with Parkinson&#8217;s Disease. Tom graduated from Charleston WV High School in 1957. After graduating in 1963 from West Virginia University with a degree in... View Obituary & Service Information

The family of Thomas Mason Brison created this Life Tributes page to make it easy to share your memories.

Send flowers to the Brison family.