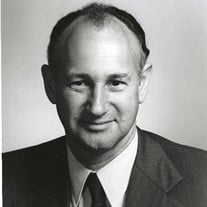 On November 26, 2021, Stanley Ebner, 88, died in Washington DC, surrounded by loved ones. Stan is survived by his three children, Susan Canham, her husband Troy, and their children, Gabriel and Isabella; David Ebner, his wife Kate and their... View Obituary & Service Information

The family of Stanley Ebner created this Life Tributes page to make it easy to share your memories.