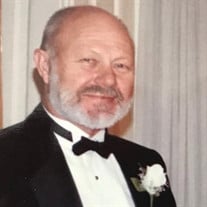 Scott H. Shipe, Jr Scott H. Shipe, Jr., was born near Fort Worth, Texas on February 23, 1928, where he resided until the waning months of WWII. Upon reaching the age of 17, he enlisted in the U.S. Army. He was commissioned a 2nd Lieutenant only days after his 19th birthday. While serving overseas as a parachute infantry platoon leader, he was appointed to West Point . He graduated in 1952. Four days after graduation, he married Rosalie Koziatek of St. Louis whom he had met five years earlier aboard a ship enroute to Japan. The onset of diabetes in 1954 cut short a tour of duty in Korea as well as his Army career. He immediately launched upon a PHD program at St. Louis University that focused on Latin American history. While engaged in his dissertation, he was recruited as an intelligence officer for the Central Intelligence Agency. He soon departed for the Washington DC area where he continued his studies at Georgetown University. He later took his Doctorate's degree at St. Louis University. Dr. Shipe retired from the Central Intelligence Agency in 1986. During this time, he was involved in the Boy Scouts of America. His many activities included scout leader, neighborhood commissioner, and the development of new Boy Scout Troops. His 35 years of volunteer service was recognized in 2000 when he was awarded the prestigious Silver Beaver Award; the highest award for an adult scouter. He was also a member of St. Bernadette's Catholic Church where he was active in the Arlington Catholic Cursillo movement and RCIA. He was also a charter member of the Association of the United States Army. He and his wife, Rosalie have resided in Springfield Va since 1963. He is the beloved father of seven children, Stephanie Vargesko (Al), Scott Shipe (Toni), Paula Shipe, Richard Shipe (Theresa), Jemma Coffman (Robert), Douglas Shipe (Debbie), and Andrew Shipe (Tammy) as well as the beloved Grandfather of 21 grandchildren, and 8 great-grandchildren.

Scott H. Shipe, Jr Scott H. Shipe, Jr., was born near Fort Worth, Texas on February 23, 1928, where he resided until the waning months of WWII. Upon reaching the age of 17, he enlisted in the U.S. Army. He was commissioned a 2nd Lieutenant... View Obituary & Service Information

The family of Scott Hugh Shipe Jr. created this Life Tributes page to make it easy to share your memories.

Send flowers to the Shipe family.