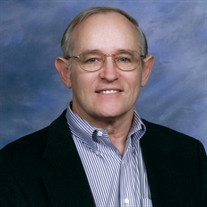 Colonel Robert (Bob) Thomas Reynolds, US Army, Signal Corps, passed peacefully on December 12, 2021 at Walter Reed National Military Medical Center at the age of 70. Bob was born in Miami, Oklahoma to the late Robert H. Reynolds and Irene Louise nee Hoffman and was raised in the Leavenworth, Kansas area. Bob earned a Bachelor's Degree in Electronic Engineering Technology from Pittsburg State University, Pittsburg, Kansas and a Master's Degree in Public Administration from Shippensburg University, Shippensburg, Pennsylvania. He was always proud to be a member of the Sigma Chi Fraternity, initiated into the Zeta Iota Chapter at Pittsburg State. He joined the Army and, through the Officer Candidate School program, received his commission on September 25, 1973. His assignments included overseas tours in Mannheim, Bad Kreuznach and Ludwigsburg, Germany and stateside postings in Fort Monmouth, New Jersey; Fort Bragg, North Carolina; Fort Gordon, Georgia; Carlisle Barracks, Pennsylvania, and Bolling Air Force Base, Washington, DC. He commanded the 67th Signal Battalion on its deployment to Southwest Asia for Desert Storm, for which he was awarded the Bronze Star Medal. He retired from active duty in 2000 from an assignment with the Defense Intelligence Agency. Following his service in the Army, Bob worked as a business development and technical consultant for Autometric, Boeing, Verizon Business, Harris, and Peraton until his final retirement in 2018. Bob took an active role as a volunteer in the community, especially later in his career and in retirement. Bob took on leadership positions in Cub Scout Pack 876, acting as Cub Master and Treasurer and took special delight in leading Pack 876 in caroling each Christmas Season. Bob also was active in Riverside Estates, the neighborhood in which he and his family have lived for more than 25 years. Bob worked as an early volunteer in the Neighborhood Watch program and later served as President and member of the board of the Riverside Estates Civic Association for many years. Another of Bob’s volunteer efforts sprang from his lifelong Catholic faith. Bob joined the Knights of Columbus, a lay Catholic fraternal charitable order in 2009, taking an active part in the operations of Mount Vernon Council #5998 and Potomac Assembly #2204. He took responsibility as manager for the snack bar as a part of the Mount Vernon Council’s charitable bingo operation and as a leader for monthly pancake breakfasts at Good Shepherd Catholic Church. Bob’s responsibility later extended to management of the Knights of Columbus council hall as Building Security Manager and Bar Manager. In his nearly 12 years as a Knight, Bob served the Mount Vernon Council in the officer roles of Recorder, Deputy Grand Knight, Grand Knight, and Trustee. Within the Potomac Assembly he served in the Color Corps and held officer positions as Faithful Purser, Faithful Pilot, Faithful Navigator, and Faithful Admiral. Bob is survived by his wife of 37 years, Debra Ann Kempton; his sister, Dr. Teresa Ann Reynolds; his brother, James Doyle Reynolds and wife Margaret Reynolds; his children, daughter Dr. Jessica Lynn Broadway and husband Michael Broadway, daughter Ann Kempton Reynolds Burke and husband William (Barry) Burke, son Robert (Rob) Kempton Reynolds and wife Elizabeth (Betsy) Janus, son John Kempton Reynolds and daughter Mary (Molly) Kempton Reynolds; and his granddaughters Chase Marin Broadway, Reese Evelyn Broadway, and Nora Quinn Burke. A Mass of Christian Burial for Bob will be held on Friday, January 14th, 2022 at 12 noon at Good Shepherd Catholic Church in Alexandria, Virginia. A rosary will be said at 10:30 am with a period of visitation from 11:00 am to 12 noon. We invite out of town guests to make arrangements to stay at one of two nearby hotels at a special rate. Reservation links are; Marriott TownePlace Suites Alexandria, Ask for "Robert Reynolds Family and Friends" rate. Hampton Inn and Suites Fort Belvoir. Ask for "Robert Reynolds Family and Friends" rate. In lieu of flowers, please consider making a donation to the Army Emergency Relief at Fort Belvoir. This worthy organization assists soldiers and their families handle a variety of emergency situations; travel to be with loved ones for serious medical circumstances and emergency no-interest loans for car repair or moving expenses are just a few examples. At many times during their careers, both Bob and Deb assisted their soldiers in accessing these emergency funds, so this is a fitting way to honor Bob and his service to country. Please visit give.armyemergencyrelief.org go to "support" and indicate it is a " tribute" donation in Memory of COL Robert Reynolds OR send contributions to AER HQ, 2530 Crystal Drive, Suite 13161, Arlington, VA 22202 and indicate it is "in memory of COL Robert Reynolds".

The family of Colonel Robert Thomas Reynolds created this Life Tributes page to make it easy to share your memories.