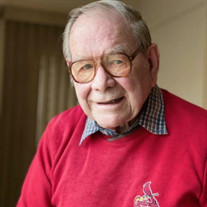 Richard “Dick” Eugene Merkel of Fort Belvoir, Virginia passed away on Wednesday March 30, 2022. He is preceded in death by his parents, Matthew A. Merkel and Helen S. Damage and his daughter, Regina L. Merkel. Dick is survived by his loving wife of 31 years, Roxie A. Merkel; brother William (Charlene), sister Mary Denise Reckard (Joe); daughters, Judy Soule (Kevin), Jacqueline Martini, and Anne Lang; stepchildren, Eric Emerson (Elizabeth), and Kara Emerson; grandchildren, Kyle, Kenan, Gary, CJ, Michael, Kristy, Delaney, Drew, Bryce, Olivia, and Aidan; and great-grandchildren, Tessa, Daphne, Seth, and Brooklyn. Also surviving is his first wife, Ila Jean Yung (Duane) of Clutier, IA. Dick, a retired Colonel and fighter pilot in the U.S.A.F., enjoyed a long and successful career in the military among many other interests. Born March 20, 1932 in Mason City, IA, a son of an Iowa School Superintendent, schooling was always an important part of his life, as was baseball. He finished high school in Oxford Junction, IA and after graduating from Loras College in Dubuque, IA, he briefly joined the ranks of the St. Louis Cardinals Franchise until he received word that he was accepted into the Air Force. Dick spent the next 27 years in the military in key strategic and tactical commands. After assignments at Ramstein Air Force Base, Germany in the Tactical Fighter Squadron and temporary assignments in many other countries around the world, he flew over 150 missions in Vietnam in support of U.S. operations in Southeast Asia. While stationed at the Pentagon, he participated in the development of the Air Force War and Mobilization Plan, and went on to be Chief of the Munitions Plans Division. He then served in the Alaskan Air Command as Vice Commander of Operations responsible for the personnel and operations in defense of Alaska, and then assumed Command of Eielson AFB and of the Combat Support Group. He retired from the military as Director of Forces in the Tactical Air Command at Langley AFB, VA. Throughout his military career, education continued to be of the utmost importance where he received a Masters in Public Administration from The George Washington University; attended the National War College, where he also played baseball; and went on to an Executive Management Program at the University of Pittsburgh. After logging more than 5300 hours of flight time in the Air Force, Dick retired to Iowa, and then to Illinois building not only a runway through the cornfields, but also constructing a two-seat aerobatic sports plane, the Acro Sport II, which he flew regionally and cross-country throughout his retirement. That airplane, the Blue Eagle, now hangs in the Experimental Aircraft Museum in Oshkosh, WI. His lifetime interest in collecting continued into retirement along with other stints: working in hardware and farming; serving on the Tama County Emergency Management team; starting a Lions Club in Clutier, IA.; and continuing his education on the GI bill at the University of Northern Iowa. He spent many winters in Arizona staying warm and attending as many spring training baseball games as possible until the move to Virginia in 2017. A member of the Order of Daedalians- a National Fraternity of Military Pilots, he also was an invited and lifelong member of the QB's, ye Anciente and Secret Order of Quiet Birdmen, a society of male aviators. He always enjoyed this social time sharing his military and wartime stories with other pilots. Right before his passing, Dick celebrated his 90th birthday with family and friends; enjoyed a day in Washington, DC with his daughter Judy; and listened to his last baseball game with his favorite team, the St Louis Cardinals, winning by a landslide. A Funeral Mass of Christian Burial planned for a later date in Oxford Junction, IA where he will be laid to rest. In lieu of flowers, the family requests that you make a donation to the Loras College Fund, to The World Central Kitchen in support of efforts in Ukraine, or to a charity of your choice in Dick’s honor. Please view and sign the family guestbook.

Richard &#8220;Dick&#8221; Eugene Merkel of Fort Belvoir, Virginia passed away on Wednesday March 30, 2022. He is preceded in death by his parents, Matthew A. Merkel and Helen S. Damage and his daughter, Regina L. Merkel. Dick is survived by... View Obituary & Service Information

The family of Richard E. Merkel created this Life Tributes page to make it easy to share your memories.

Send flowers to the Merkel family.