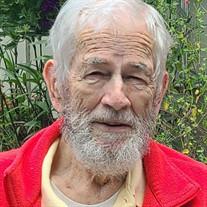 Ray Bryant Tucker, age 89, of Savannah, Georgia passed away peacefully in his sleep on Saturday, November 13, 2021. Ray was born in Warren County, Georgia on May 8, 1932, to the late Alvin Bowlen Tucker and Marie Scruggs and was the beloved grandson of Charles W. Tucker. A graduate of Savannah High School (1949), Armstrong Junior College (1951), University of Georgia (1953), and George Washington University (1968), Ray spent his 42-year professional career with one company, Westinghouse, during which he was involved in the design of the first digital radars for fighter aircraft and missiles. Beyond his academic and professional accomplishments, he was dedicated to church and service. He ushered for 48 years in three churches—Grace Lutheran in Bowie, MD; Saint Luke Lutheran Church in Silver Spring, MD; and the Lutheran Church of the Ascension in Savannah, GA. During his retirement years, he was a committed member of The Exchange Club of Savannah; the highlight being working their annual Coastal Empire Fair for which the club served as host and raised money for numerous charities. Ray was an avid fan of the Georgia Bulldogs and NCAA Football in general, as well as Major League Baseball (“Go O’s”). His other interests included gardening, hunting, fishing, bowling, and softball, with perhaps his greatest being travel. Ray and his wife of 55 years, Ruth (deceased), traveled to 39 countries across 6 continents—walking on the Great Wall of China is one his most memorable adventures. A father to three daughters, he was a constant in their lives, supporting and encouraging their growth and interests whether this involved driving them to their music and art lessons or taking three young children on a five-week road trip of the national parks in the West, which helped to inform their love of travel. Ray was a devoted husband to Ruth, always by her side through her battle with dementia, providing continuous company, comfort, and ice cream. Ray is survived by his three daughters, Diane Tucker (Alexandria, VA), Lisa Tucker (Columbia, MD), and Laura Tucker (Los Angeles, CA), whom he greatly loved and adored. A memorial service will be held at 2:00 pm on Sunday, December 12, 2021, at the Lutheran Church of the Ascension in Savannah, GA. An interment will follow in Columbia, MD. Date and time to be determined. Memorials may be made to the Lutheran Church of the Ascension, 120 Bull Street, Savannah, GA 31401.

Ray Bryant Tucker, age 89, of Savannah, Georgia passed away peacefully in his sleep on Saturday, November 13, 2021. Ray was born in Warren County, Georgia on May 8, 1932, to the late Alvin Bowlen Tucker and Marie Scruggs and was the beloved... View Obituary & Service Information

The family of Ray Bryant Tucker created this Life Tributes page to make it easy to share your memories.

Send flowers to the Tucker family.