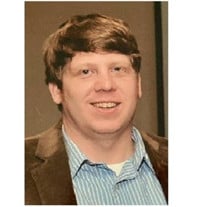 Philip Randolph Allman, age 36, passed from this life on June 18, 2021, at his home in Springfield, VA after suffering from a prolonged illness. A visitation will be held at Jefferson Funeral Chapel, 5755 Castlewellan Drive, Alexandria, Virginia 22315 on Friday, June 25, 2021 from 12noon until the time of the Celebration of Life ceremony at 1PM EDT. The ceremony will be viewable via livestream under the "Tribute Wall" tab on this webpage. Philip was born on May 15, 1985, in Baltimore, MD. At the age of one, he moved with his family to the Birmingham Metro Area in Alabama. He graduated from Vestavia Hills High School in 2004 where he demonstrated outstanding academic and athletic abilities. He played varsity basketball for two years and football for all four years of high school. He was a member of the We the People constitutional competition team. His faculty sponsor wrote in his senior yearbook, “I was so impressed with your intelligence and passion for the material…You are one of the most remarkable young men I have had the pleasure to teach.” Philip was active in youth activities as a member of Shades Mountain Baptist Church in Vestavia Hills, AL, singing and playing the guitar in the youth choir and praise band. He was one of a small group of youth selected to go on a music mission trip and tour in Northern Ireland in June 2004. Philip led Bible studies in the basement of his home as a junior in high school and had a passion for serving the needy and the homeless. Most recently, the only television program that he had any interest in watching was “The Chosen,” a series about the life of Christ. Philip started playing guitar and singing in local Birmingham, AL venues before high school, ultimately writing and performing his own music with friends and recording a six-song CD in 2014. His group, American Animal, was named as one of five “Birmingham Artists to Watch in 2015” by the Birmingham Magazine. A love of philosophy prompted Philip to pursue and obtain a BA from Birmingham Southern College in 2011 and an MA from Southern Illinois University-Carbondale in 2013. He most recently worked as a records clerk for an international law firm in Washington, DC. Survivors include his father and mother, Dr. Richard Mark Allman and Mrs. Connie Lou Morrow Allman of Springfield, VA; brother and sister-in-law, Dr. Justin Mark Allman and Dr. Sara Katherine (Kate) Robb Allman and their children, Elizabeth (Ella) Lynne Allman and Ashel Morrow Allman, of Winston-Salem, NC; a first cousin, Brian Charles Allman and his wife, Emily Allman, and their children, Brody and Brily, of Parkersburg, WV. He was preceded in death by an uncle and aunt, Charles Donnally Allman and Betty Jean Allman, paternal grandparents Betty Zane Allman Patton and William Edward Patton, and maternal grandparents, Randolph Cato Morrow and Elsie May Orndorff Morrow. Pastor David Rhodenhizer and Pastor Mike Williams from Calvary Road Baptist Church in Alexandria, VA will be officiating at the Celebration of Life service. Interment will be in the Rosedale Cemetery in Martinsburg, WV, where Philip will be laid to rest beside his maternal grandparents. Interment will be on Saturday, June 26, 2021 at Noon at the Rosedale Cemetery, 917 Co Rte 45/6, Martinsburg, WV, 25404. Pastor Mike Williams of Calvary Road Baptist Church will be officiating. In lieu of flowers, the family requests that memorial contributions be made to the National Alliance on Mental Illness (Home | NAMI: National Alliance on Mental Illness) to honor all those suffering from these life-threatening disorders or to Samaritan’s Purse (Samaritan’s Purse International Disaster Relief (samaritanspurse.org), in honor of Philip’s love and concern for the needy.

Philip Randolph Allman, age 36, passed from this life on June 18, 2021, at his home in Springfield, VA after suffering from a prolonged illness. A visitation will be held at Jefferson Funeral Chapel, 5755 Castlewellan Drive, Alexandria, Virginia... View Obituary & Service Information

The family of Philip Randolph Allman created this Life Tributes page to make it easy to share your memories.

Philip Randolph Allman, age 36, passed from this life on June...