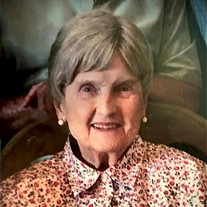 Patricia Ann Luddy, 94, passed away on Saturday, December 11 in Annandale, VA. Pat is now reunited in heaven with her husband, Thomas Joseph Luddy, her parents, William Francis Sweeney and Kathryn Frances Finn, her younger sister Kathleen, her paternal grandparents, Patrick and Sarah Ford Sweeney and maternal grandparents, John T.G. and Anna Evers Finn. Pat is survived by her grateful children and their spouses, Stephen Ailbe Luddy of Springfield, VA; Brian Edward Luddy and his wife Sherry of Winchester, VA; Thomas William Luddy and his wife Karon of Charlotte, NC; Mary Patricia Cornett of Alexandria, VA; Elizabeth Ann Rettie and her husband Scott of Crownsville, MD; loving grandchildren, Charlotte Bowman, David Luddy, Amy, and Christopher Cornett; an adoring great grandson, Luca Luddy, and cousins, nieces, and nephews. Born and raised in Brooklyn, NY, Pat was a diehard fan of the Brooklyn Dodgers. She never missed a game on the radio unless she was in Ebbets Field with her father. Pat had close relationships with both sets of grandparents, who lived within walking distance of one another in Brooklyn. Throughout her childhood, the family had Sunday dinner at one grandparents’ home followed by Sunday supper at the other home. Her family valued education and instilled in Pat a love of learning that continued throughout her life. She attended Holy Innocents Catholic School and St. Saviour Academy in Brooklyn. She treasured her years at the College of St. Elizabeth in Convent Station, NJ, graduating in 1949 with a degree in English literature. In college Pat was involved in theater and was stage manager for several productions. After college, Pat returned to Brooklyn where she was active with her college alumnae in planning fundraisers including a 1950 gala at the Waldorf Astoria. Pat worked in Manhattan for several years for the Christophers, which had been recently founded by Father James Keller, and was expanding from print into radio, television, and film. It was in Manhattan that mutual friends introduced Pat to the love of her life, Tom Luddy. They were engaged in the summer of 1952 and married in Brooklyn, NY in May of 1953. They relocated to the suburbs of Washington, DC for Tom’s career, initially settling in Arlington, Va. Pat, Tom, and their growing family were early residents of Springfield, VA in the 1950s. They were founding members of St. Bernadette Parish in 1959. Though Pat often spoke of her more glamorous work in radio and television in New York City, it was her position of CEO of the Luddy Family for which she is best remembered. Pat was active in Parish activities and a busy room mother to all five Luddy children over their eight years at St. Bernadette’s School. She celebrated the family’s Irish heritage by bringing Irish Stew to school every St. Patrick’s Day. She never missed a field trip. No matter how busy, the Luddy home was always a welcome place for friends and family. Following Tom’s retirement in 1989, Pat and Tom travelled extensively. They wintered in Myrtle Beach where Pat never tired of being at the ocean. Ever the trailblazers, they were among the first residents to move into Greenspring in December 1998. Pat was active in the Greenspring community as a founding leader of the Catholic Council and The Patricians. After Tom’s death, Pat continued the legacy of exploration as an early resident of Renaissance of Annandale. Momapalooza, Pat’s 90th birthday, reunited the entire family in a celebration of her life that continues to this day. A memorial service will be held at the Old Post Chapel at Fort Myer and interment at Arlington National Cemetery at a later date. In lieu of flowers, donations may be made in her memory to the University of St. Elizabeth or the charity of your choice.

The family of Patricia A. Luddy created this Life Tributes page to make it easy to share your memories.

Send flowers to the Luddy family.