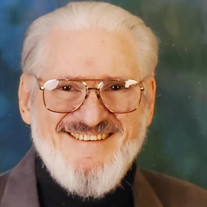 Merton Bland was a ground warrior for American public diplomacy, serving in the now defunct United States Information Service for three decades during the height of the Cold War. He died in his Arlington County home at The Jefferson on January 14 at age 89. From the mid-1960s to the mid-1970s, Merton served in a handful of newly independent African countries, running reading rooms and libraries for local students, teachers, and journalists to learn about the United States, showing films in Congolese villages about democracy and freedom, arranging performance tours for cultural icons such as bluesmen Buddy Guy and Junior Wells in Guinea, and starting the American school in Madagascar. When confronted in 1968 by a group in Luluabourg infuriated by the assassination of Rev. Martin Luther King Jr., he channeled their anger by calmly setting up a table in their midst and asking people to sign condolence cards for Dr. King’s widow. Serving as cultural affairs officer at the U.S. consulate in Karachi in the late 1970’s, at a time when relations between the two countries were frayed, he nonetheless expanded and directed the Pakistani-American Cultural Center, a continuing education organization offering language courses in English, classes in cooking, film, literature, and popular culture to thousands and hosted numerous Fulbright fellows, scholars, and authors. In 1979, following the unrest that had begun in Iran, mobs burned the US Embassy in Islamabad and rioted in Karachi. Merton and his family were evacuated to Arlington, Virginia where he served as a conduit for information for the families of the Americans taken hostage at the U.S. embassy in Tehran. Merton’s mission was to bring people from various hot-spot countries closer to America by enabling them to know and engage with its culture and history, its values and policies. Along with his wife Janine, he made friends of people who often looked at the U.S. with skepticism. Merton succeeded as did hundreds of his colleagues in building relationships and a strong understanding of America around the world. He retired in 1987. His agency later succumbed to political pressure from Sen. Jessie Helms and others who devalued its “soft-power” accomplishments. The U.S. Information Agency was abolished and remnant functions absorbed by the Department of State. After his retirement, driven by his desire to serve and teach overseas, Merton became an English language instructor and trainer, living and working in China, Malaysia, Vietnam, South Korea. Guinea, and Morocco and applying techniques he had studied while earning his doctorate in education at UCLA decades earlier. He also devoted himself to the Rotary International, establishing its Rosslyn-Fort Meyer club and participating in exchanges around the world. Additionally, he volunteered for years at the Smithsonian Folklife Festival, packed supplies for the Virginia Hospital Center Medical Brigade’s trips to Honduras, and was a long-time member of Temple Rodef Shalom. Merton Louis Bland was born on August 22, 1931, in Rochester, New York to Ben and Selma Bland. He attended the High School of Music and Art in New York City from 1944 to 1947. When the family–-now including a baby sister, Beatrice–-moved to Grand Rapids, Michigan, Merton followed to finish high school there. After graduating, he enrolled at the University of Illinois to study fine arts, went to France for additional studies at the Universite de Lyon, Ecole des Beaux Arts, Ecole de Dessin. He prolonged his stay in Europe by enlisting in the U.S. Army and was stationed in Germany, attaining the rank of corporal before his discharge. While he was in Lyon he met, and in 1952, married Janine Bernheim whose father had been a sergeant in the French resistance. In 1953, the couple returned to Illinois, where Merton completed his bachelor of fine arts under the GI Bill and Janine learned English. After completing a master’s degree in French from Middlebury College–including additional studies in France–the Blands moved to California, where he taught while pursuing his doctoral research. He joined the Foreign Service in 1963. Merton and Janine had five children, one of whom, Bruce Alexander died in 1977. Merton is survived by his wife of 68 years, his sister and her husband Larry Abrams, children Allyn France Bland Kurin, Clarie Bland Miller Krinsky, Dean Franklin Bland, and Evlyn Fara Monos, their spouses, eleven grandchildren, and a great-grand child. In lieu of flowers please consider a donation to • Merton’s Rotary Chapter at https://rosslynrotary.net/en/club-fundation/ and/or • Temple Rodef Shalom https://www.templerodefshalom.org/donations/

Merton Bland was a ground warrior for American public diplomacy, serving in the now defunct United States Information Service for three decades during the height of the Cold War. He died in his Arlington County home at The Jefferson on January... View Obituary & Service Information

The family of DR. Merton Louis Bland created this Life Tributes page to make it easy to share your memories.

Merton Bland was a ground warrior for American public diplomacy,...