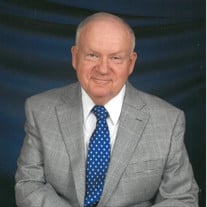 Retired U.S. Navy Band drummer, percussionist, and musician extraordinaire, Leonard Cuddy, passed away October 18 after a long battle with pulmonary fibrosis. A native of Osawatomie, Kansas, Leonard was born in 1945 to Marvin and Velma (Alexander) Cuddy. His love of music developed quickly and, by age four, he had a drum set in the family dining room and a stack of jazz records nearby. In 1967, Leonard earned a Bachelor of Music Education degree from the University of Kansas and won an audition for a position in the premier U.S. Navy Band in Washington, DC. After boot camp in Great Lakes, Illinois, he served as drummer in the Navy Band’s first rock band, “The Port Authority” and later in “The Commanders” jazz trio. In 1974, the band established the Navy’s premier jazz ensemble, “The Commodores”, with Leonard at the drum set for the next 15 years—a position he considered the high point of his Navy career. Leonard capped his time in the service as the band’s lead ceremonial drummer, guiding junior enlisted and rendering funeral honors at Arlington National Cemetery until his retirement in 1993. Leonard was very active as a jazz drummer in the Washington DC area throughout his career, performing frequently at such venues as the legendary Blues Alley jazz club and backing up world renowned artists. He also performed as a drummer in Hank Levy’s famous Towson State University Jazz Ensemble in Baltimore. Leonard was awarded a Master of Music degree in 1971 from Catholic University of America and taught many students in the metro area. Leonard Cuddy was a reverent and formidable student and expert of traditional Dixieland jazz and early Swing music and all its styles of drumming, and he incorporated the nuances and techniques of its legendary drummers into his own brand. An incredibly musical drummer, his mantra was always, “The drums should be felt more than heard”, however, when driving a Big Band, he played with the ferocity of Dave Tough and Jo Jones, following in his Midwestern and Kansas City Swing drumming roots. Visitation and rosary are scheduled for 10 a.m., October 25, with a funeral mass to follow at St. Louis Catholic Church, Alexandria, VA. In lieu of flowers, donations may be made to the University of Kansas Endowment (www.kuendowment.org, memo line: in memory of Leonard Cuddy/percussion dept.) or St. Louis Catholic Church (building fund).

The family of Leonard W. Cuddy created this Life Tributes page to make it easy to share your memories.

Send flowers to the Cuddy family.