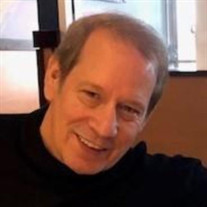 Kenneth “Scott” Reynolds (Washington, DC) passed away on November 2nd, 2020, after a twenty-year battle with cancer and other ailments. An effortless mentor and tireless organizer, Scott, age 59, was a staunch advocate for workers’ rights, and a beloved brother and friend. Scott was born in Washington DC and grew up in Arlington, VA where he attended W&L High School and, later, Virginia Commonwealth University. Well-known for his quick wit and keen sense of humor, he touched many with his persona. After college, Scott became a community organizer. Working on many campaigns, he participated in organizing one of the largest utility rebates ever. He later worked closely with Virginia’s Lieutenant Governor Glenn Davis and soon was hired by the Virginia State AFL-CIO. Beginning a 29-year stint with the AFL-CIO, he played a consequential role in the election of Doug Wilder, America’s first African American governor, and helped to lead the effort to raise the state’s long-stagnant minimum wage. Later, he became the AFL-CIO’s representative to Russia where the program he led received national recognition by the Government Accounting Office. He returned to Washington, DC in the late 1990s and ran dozens of national campaigns for the AFL-CIO that encompassed civil and human rights, fair trade, adequate and affordable healthcare, livable wages, and much more. After surviving cancer at age 39, in the last two decades Scott lived life to its fullest, traveling to over 60 countries and jumping out of airplanes. Always the entertainer, he loved spending time socializing with family and friends. He is survived by his brother Kevin Reynolds of Oakton, VA (Stacey) and sister Elizabeth Agather of Raleigh, NC (Steve) along with his two adored nieces (Brooke, Jennifer) and beloved nephews (TJ, Brandon). The family will have a small COVID-compliant service at a later date. In lieu of flowers, donations may be made to the Adler Hospice Center (Capital Caring Health) or to Northern Virginia Labor Federation, AFL-CIO, in Annandale, VA.

Kenneth &#8220;Scott&#8221; Reynolds (Washington, DC) passed away on November 2nd, 2020, after a twenty-year battle with cancer and other ailments. An effortless mentor and tireless organizer, Scott, age 59, was a staunch advocate for workers&#8217;... View Obituary & Service Information

The family of Kenneth Scott Reynolds created this Life Tributes page to make it easy to share your memories.