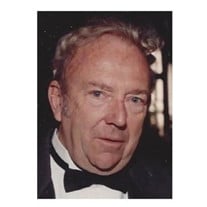 John was born on March 30th, 1927 in Keene, New Hampshire to John Benjamin Wilson and Evelyn Louise Wilson (formerly Evelyn Louise Kerr). He was the oldest of three children. He had two younger sisters, Marion Florence Wilson and Barbara Mae Wilson. He grew up in Keene and graduated from Keene High School in 1945. Because his Father’s name was also John, he was always known to his parents and sisters as Ernest or Ern. He was drafted and entered service into the United States Navy in July of 1945, serving aboard the battleship USS Iowa as a Seaman, Second Class at the tail end of WWII. He was honorably discharged in July of 1946. He worked at his Dad’s grocery store for a short time before and while attending Northeastern University where he earned a bachelor of science in business administration in June of 1952. He was also a member of the Alpha Kappa Sigma fraternity while there. He later enrolled into the University of Maryland at College Park and attended classes in 1954 and 1955, working toward a graduate degree in business administration, but left school before his thesis was completed to work for the National Security Agency at Ft. Meade, MD. He moved to Falls Church Virginia in 1955 where he made Northern Virginia his new home. In May 1963 he was married to Dolores A. Bulinsky who he had met at a dance in Washington D.C. several years earlier. They moved into a house in the Groveton area of Fairfax County and he resided there until his death. He worked at the NSA from 1956 until 1966. He left the Government and went into private business forming a partnership with several acquaintances, purchasing and managing investment properties including several motels, trailer parks and a nursing home in the Northern Virginia area. He sold his share of the partnership in 1974 and started a mobile home sales and rental business which he ran into the early 80’s when he retired. He later bought an Auto Body shop in Clinton, MD in 1982 which he ran until selling it in 1999 when he again retired, this time for good. One of his passions was dancing, especially ball room. He and Dolores were members of the Friday Nighters dance club and the Falls Church branch of the Elks lodge and routinely went dancing several times a week until he was in his late 80’s. His other passion was restoring, collecting and showing antique and classic cars. John started to develop Dementia in 2015 and soon after was forced to give up dancing and driving. In August of 2020 he was hospitalized with Pneumonia, a complication of the Dementia. He succumbed to it on the evening of August 13th while hospitalized at the Mt. Vernon hospital, age 93. John was always known for being a soft spoken and a kind hearted, easy going sort with an enormous sense of humor. Fortunately, even as the dementia progressed, his sense of humor never wavered. John was survived by his wife of 57 years Dolores, his son David M. Wilson, daughter Linda Wilson Wong, grandchildren Colin N. Wong and Gillian A. Wong, Sister Marion Wilson Puetz and niece Debbie Puetz Miller. He was preceded in death by his youngest sister Barbara Wilson Morse in 2016.

The family of John E. Wilson created this Life Tributes page to make it easy to share your memories.

Send flowers to the Wilson family.