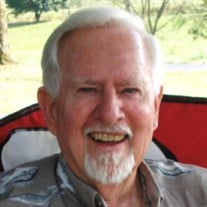 Gerald Lamar Corbin November 4, 1925 – September 14, 2021 Gerald “Jerry” Lamar Corbin, 95, of Alexandria, VA, passed away peacefully at home on Tuesday, September 14, 2021. Jerry was born November 4, 1925, in Timberville, VA, to the late Edgar and Ollie (Kingan) Corbin. He became a barber by trade, joining his father. He married Mae Dove on January 21, 1946, who predeceased him, and they moved to Alexandria, VA. He was a successful barber, businessman, life-long Lion, and friend to many. Jerry opened his first barber shop, with a beauty shop attached, in Jefferson Manor, Alexandria, where he was known for playing checkers in the front window seat. He opened his second barber shop in Springfield Plaza, Springfield where he also purchased Chuck’s Pizza shop which became Plaza Pizza. In 1978, Jerry was a cofounder of Continental Bank and Trust Company, Jerry was a pillar of the Springfield community for nearly 75 years. He participated in the creation of the Little League Baseball organization and sponsored many teams. He was a great contributor to Springfield Days. He was a founding member of the Springfield-Franconia Lions Club. He received multiple honors from the Greater Springfield Chamber of Commerce for his contributions. He was honored as the Fairfax County Federation of Citizens Association’s 1995 Citizen of the Year. In addition to his community service, Jerry was well-known for his sense of humor and affinity for playing backgammon, checkers, and dominoes, often in the back of Jerry’s Barber Shop. He is survived by his son, Gerald C. Corbin (Susan) of Leesburg; daughters Carol Corbin of Lucketts; and Joyce Corbin of Alexandria; grandchildren, Jessica Corbin, Levi Corbin (Dawn), Ian Corbin, Heather Malcewicz (Robert), and Andrew Corbin; great-grandson Christopher Thompson; caregiver Gifty Adzaworlu; and a host of nieces, nephews, and extended family members. Jerry was preceded in death by his parents; and siblings Pasco Corbin, Greta Horton, Edgar Corbin, Jr., Roscoe Corbin, Garland Corbin, Lita Hager, and Bonnie Derrer. Family will receive friends for a visitation Saturday, September 18, from 4 – 8 pm, at Jefferson Funeral Chapel, 5755 Castlewellan Drive, Alexandria, VA. Further visitation will be held Sunday, September 19, from 2 – 8 pm, and Monday, September 20, from 9 am – noon at Grandle Funeral Home, 148 E. Lee Street, Broadway, VA, where masks are required if not vaccinated. A graveside service will follow at 2 pm, led by Pastor Andy Jagow at the Timberville Cemetery. In lieu of flowers, the family requests donations be made to the Springfield-Franconia Lions Club.

The family of Gerald "Jerry" L. Corbin created this Life Tributes page to make it easy to share your memories.

Send flowers to the Corbin family.