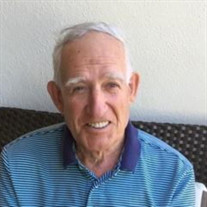 Georg Emanuel Morduch was born on March 27, 1934 in Helsinki, Finland. His family belonged to the small Swedish speaking Jewish community in Helsinki until they moved to England in 1952, joining other family members who already lived there. Georg attended Imperial College, University of London, where he earned a BSc and a PhD in Mathematics. While at Imperial College, he met Ruth, who became his wife, marrying in October 1958. Georg took a job with Elliott Automation, an early leader in the computing field in Britain. In 1964, he was asked to join the group there that would assist the Royal Navy on the Polaris submarine program. That position led to two year-long stays in the United States in 1964-65 and 1967-68, where Georg, Ruth and their two young children, Claire and Jonathan, lived in Alexandria, Virginia while he worked in the “temporary” office buildings on the National Mall. In 1967, the family, including their nine-month old third child, Susan, returned to America where Georg continued to work on the Polaris program for another year, where they settled in the Hollin Hills community, south of Alexandria. In 1968, Georg left Elliott Automation, obtained a Green Card and moved back to Hollin Hills. As a contractor to NASA and other US government agencies, he worked on various aspects of the space program. He was an early user of both mainframe computers (room size with punchcards!) and personal computers. After many years, Georg’s work transitioned to developing, among other things, early voice mail systems and phone systems for the deaf. Georg earned patents for his work at this time. At various times during his life Georg developed skills in woodworking, gardening, photography and ceramics. Georg retired at 65 and spent time birdwatching, gardening, playing tennis, walking, biking and traveling with Ruth. He was the Treasurer of the Friends of Dyke Marsh for a number of years and helped to organize the annual Bird Count for the Hollin Hills area. On his 80th birthday, Georg and Ruth moved to a condominium in Alexandria, enjoying the company of old friends and new friends there. Georg enjoyed taking walks along the Potomac River, and watching the birds, clouds and water from their apartment. After gradually losing much of his memory, Georg died of a heart attack on his 87th birthday.

Georg Emanuel Morduch was born on March 27, 1934 in Helsinki, Finland. His family belonged to the small Swedish speaking Jewish community in Helsinki until they moved to England in 1952, joining other family members who already lived there.... View Obituary & Service Information

The family of Georg Emanuel Morduch created this Life Tributes page to make it easy to share your memories.