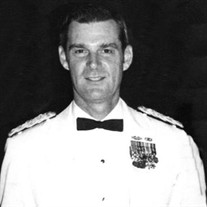 Biography Francis Weems Matthews Colonel Francis "Frank" Weems Matthews passed away 21 December, 2019 at The Fairfax Senior Living Community, Ft Belvoir, VA. He's survived by his wife of 63 years, Bernice "Bonnie" Matthews, children: Cynthia "Cindy" Stevens (Jim), Virginia "Ginger" English (Brian), Victoria "Tori" Martin, eight (grandchildren and seven great grandchildren), sister Catherine Mogan and nieces Karen Mogan and Susan Smith (Doug). Born in Leonardtown, MD. September 17, 1931 to G. Garner Matthews and Dorothy Dows Matthews. In 1949 Frank graduated from the oldest military academy in the United States, Charlotte Hall School in MD., established in 1797. He then attended Columbian Prep School in Washington, DC, to study for the West Point entrance exam. In 1952 while Frank waited to obtain an appointment to The U.S. Military Academy, he was drafted into the U.S. Army. Shortly thereafter he fulfilled his dream of attending and graduating from West Point in 1956. After attending the Basic Officers Training course, Airborne and Ranger School at Ft Benning GA, he went to his first post at Ft Riley, KS. In 1959 the Division was sent to Augsburg, Germany. Three and a half years later he attended the Advanced Armor Career Course, Ft. Knox KY; then returned to West Point to be the aide-de-camp for 2 superintendents until 1966. Next, he went to Vietnam as the Senior Advisor at the Trung Lap Ranger Training Center. The following year he attended the Command and General staff college at Ft Leavenworth KS, then he was assigned to the Army Office of Research and Development in Arlington, VA. Returning to Vietnam in 1971 just in time to pack up and send the 101st Airborne Div. home, he served for the next 8 months as commander of the Cambodian Training Center at Long Hai. Next he went to Ft. Harrison IN. where he served as Hqtrs Commandant, and later as asst. Chief of Staff. In 1976 he attended the Language School in CA. to learn Spanish for his next assignments to Paraguay as the Chief, Army Section and Nicaragua, Commander of the U.S. Military Group. Due to political unrest Frank and family were evacuated back to the U.S. where he served another tour at the Pentagon. Then he returned to Central America to Honduras from 1982 to 1984. His final tour was in Washington D.C., at the Inter-American Defense Board until retirement in 1986. After retiring from the military, Colonel Matthews worked for Grumman Corporation on the Space Station Project until his office moved to Texas. Eventually, he and Bonnie made their home in Charles County, MD. where Frank had grown up on the shores of the Wicomico River. For the past 3 years Frank and Bonnie have resided in The Fairfax Senior Living Community, Fort Belvoir, VA. Decorations and Medals Defense Superior Service Medal, Legion of Merit (1 OLC), Bronze Star Medal, Defense Meritorious Service Medal, Joint Service Commendation Medal, Republic of Vietnam Gallantry Cross Unit Citation with Palm, Vietnamese Cross Gallantry with Silver Star, U.S. Combat & Expert Infantry Badge, Parachutist Badge and Ranger Tab among others. Organizations He was a member of Charlotte Hall Mil. Academy Alumni; The Southern Maryland Society, MOAA General Smallwood Chapter, The Masons and The Scottish Rite. As a descendant of Leonard Calvert he belonged to the following societies: The Society of The Ark and The Dove, The Decedants of the Lords of the Maryland Manors, The Jamestown Society and The Gavel Society. On 28 February 2020, Francis Weems Matthews will be interred at Arlington National Cemetery with full military honors. Donations to: Wounded Warriors, 4899 Belfort RD., Suite 300, Jacksonville, FL. 32256

The family of Col. Francis Weems Matthews created this Life Tributes page to make it easy to share your memories.