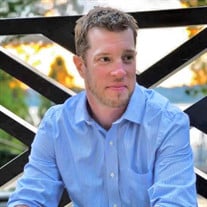 Eric Glenn Jones, 46 years of age, passed on Sunday, November 28, 2021. Eric was in a tragic car accident around 4:30pm. We are comforted that he died upon impact, with no other individuals involved. He is survived by his wife Jessica Jones, and his two children Carly (12) and Russell (9). Eric was born on February 10, 1975. He was a loving son to Rick and Elaine Jones, and cherished brother of Bryan Jones (wife Toni), and Heather Gifford (husband Michael), and uncle to their collective children (Brent, Austin, Brianna, Keegan). He was loved like a son and brother by his family of in-laws, Dave & Avis Vesely, Kaycee Schmidt (husband Josh), and Rob Vesely as well as their collective children (Abby, Charlie, Ruby, Aurora). All of his family, including his extended family of aunts, uncles, and cousins, as well as his community of friends are deeply saddened by his passing. A carpenter by trade, Eric was talented at working with his hands. He was generous with his time and skills, doing work on the homes of so many of his family and friends. There were few home-renovation challenges he wasn’t willing to tackle. He was especially gifted at crafting specialized projects such as turning his daughter’s closet into an American Girl Doll “condo” and building whimsical structures at his in-laws home, including a swinging bridge, and secret garden area complete with a stained glass door. Eric had a way of bringing beauty and balance to his work. Eric was a passionate lover of music. An accomplished self-taught guitarist, he has played in bands throughout his life, instilling his appreciation for guitar and music to anyone in his orbit, including his children. A typical family car ride would include the family head banging to any number of classic rock songs he wanted his children to have an appreciation for. Eric has an impressive collection of guitars, several of which he crafted by hand. He loved live music and attending concerts by his favorite artists. Anyone who knew Eric knows that his sense of humor was one of his most endearing qualities. Eric was known for causing an entire room to burst out laughing with his perfectly timed one-liners and quips, or hilariously told stories, often about his own life. Just like his array of quirky t-shirts, and cozy flannels, his humor was both hilarious and comforting. He provided an environment of levity and warmth for everyone near him. Even if you were the target of his joke, you knew there was love and a wink behind it. As one of his closest friends reflected upon hearing of Eric’s passing, “the world just got a little less funny.” Eric was a lover of all animals. Growing up, it was common to see one of his many pet rats hanging out on his shoulder. In his adult life, he continued to adopt wild critters, creating habitats for them, amongst which was a hedgehog, a squirrel, a raccoon, and a black widow spider. However, his greatest fur baby love was his dog Lady, who was his constant companion while she was alive. Eric was a life-long fan of Star Wars, developing a fascination at a young age, and building an extensive collection of memorabilia into his adult years. He passed this love onto this son. Other hobbies and interests of Eric’s include; Walking Dead, exploring thrift stores, labeling with his label maker, guitar making, horror movies, and parenting. Quick with a joke, a hug, and a helping hand, Eric’s biggest attribute was his heart of gold. He loved his wife and children with all of his heart. Eric - you are deeply loved and will be forever missed. In lieu of flowers, memorial contributions may be to https://www.gofundme.com/f/eric-jones-memorial-college-fund

Eric Glenn Jones, 46 years of age, passed on Sunday, November 28, 2021. Eric was in a tragic car accident around 4:30pm. We are comforted that he died upon impact, with no other individuals involved. He is survived by his wife Jessica Jones,... View Obituary & Service Information

The family of Eric Glenn Jones created this Life Tributes page to make it easy to share your memories.