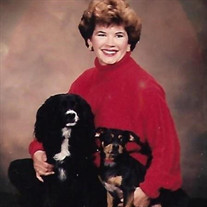 Of Springfield, VA, died on March 29, 2020 at the age of 70. She was born in Rio de Janiero, Brazil, the daughter of the late Harold N. and Cecily T. (“Terry”) French. Ms. French was also preceded in death by her sister, Deborah L. French. She is survived by her brother, H. J. Duane French (wife, Frances French) of Oak Harbor, Alaska as well as a large, extended family which originates in Trepassey, New Foundland, and has spread throughout parts of Canada and into parts of Maine and Texas. Throughout her career, Danielle was active in the Banking and Housing Finance Services Industries. Following a period of service at Fidelity Savings and Loan in Jacksonville, Florida, Danielle moved to Washington DC where she began a 30 year career of service to the American Bankers Association and its predecessor organizations. These included America’s Community Bankers, (formerly known as Savings and Community Bankers of America) and the U.S. League of Savings Institutions. She retired from the American Bankers Association as Vice President for State Relations, and was recognized throughout the industry for her knowledge of the industry and passionate dedication to member service. An Art History graduate of Mercer College, Danielle never lost her interest in all things art and served for a time as a volunteer Docent at the Corcoran Art Gallery in Washington DC. She was an intrepid traveler and had been known to enjoy an occasional fly-fishing outing. Above all, Danielle was genuinely devoted to her family, friends, colleagues and her beloved puppies. Interment will be private and will take place in Jacksonville, FL on a date to be determined. Communications of condolence may be left on this website. Remembrances may be made in the form of contributions to the American Cancer Society (www.donate3.cancer.org), the Michael J. Fox Foundation for Parkinson’s Research (www.michaeljfox.org) or to your local animal shelter.

The family of Danielle Margaret French created this Life Tributes page to make it easy to share your memories.

Send flowers to the French family.