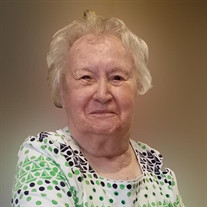 Carol (Dietrich) Stim was born in 1930 in Buffalo, NY. Carol attended Catholic schools and attended Marygrove College in Detroit, MI, and earned a BS in Chemistry. In her senior year; she met her future husband; Charles Stim; (a World War II veteran studying aero engineering at nearby University of Detroit). Both graduated in 1952. Following graduation from Marygrove, Carol returned to Buffalo and was hired by the DuPont Company. Charlie began work testing Navy airplanes at Patuxent River Naval Air Station, MD. They married two years later in 1954, and lived at Pax River. A Navy job in Washington, DC moved the young family to Springfield, VA, and Carol stayed at home to raise their three girls. When all three girls were in school, Carol began forty years of volunteering, to include helping at the girls' schools, volunteering with Girl Scouts, helping with sports activities, and newsletter writing for the PTA. Becoming active in Catholic woman's groups, Carol served on the Richmond Diocesan Council of Catholic Women, and became active in the Cursillo movement. Carol delivered Meals on Wheels, cooked meals for Christ House, and worked on Project Surge, a program to upgrade domestic household employment through the US Department of Labor. Carol served as Sacristan for St. Lawrence Church in Alexandria, VA, for 30 years! She was also a Lector. In 2006, Carol suffered a stroke and by 2012 was wheel-chair bound due to arthritis. Charlie endured years of health issues and later developed Alzheimer's. Because of these health problems, Carol and Charlie moved into Greenspring in January of 2013. Charlie died a few months later in the care of hospice. Carol adjusted to her new life and continued to volunteer, serving 4 years on the Catholic Council at Greenspring. Carol kept busy reading, writing, meeting with new and old friends, going on lunch outings, reading at Church services and enjoying Greenspring activities. Carol was well cared for by her family, as well as the staff at Garden Ridge, and enjoyed a faith filled happy life. Carol, the “Professional Volunteer” will be remembered by all who knew and loved her! Donations may be sent to: Arlington Diocese Cursillo, 2128 Kings Garden Way, Falls Church, VA 22043 (Please note on the memo line: In memorial to Carol Stim) Or Greenspring Village Benevolent Care Fund Greenspring Village Philanthropy Office 7430 Spring Village Drive Springfield, VA 22150 Checks made payable to "Greenspring Village Inc. BCF" (Please note on the memo line: In memorial to Carol Stim)

The family of Carol Frances Stim created this Life Tributes page to make it easy to share your memories.

Send flowers to the Stim family.