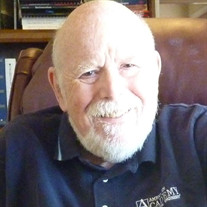 On May 10, 2021 Calvin “Charles” Brunner, P.E, DEE, 82, passed away after complications from heart bypass surgery. A pioneering mechanical engineer, Brunner created incinerator systems and technology for waste treatment and disposal around the world. A Diplomate of the American Academy of Environmental Engineers, who was listed in Who's Who In Environmental Engineering, he was devoted to making a difference for the planet. In a career that spanned over five decades, Brunner was an expert designing incinerators that transformed waste into energy. In the United States alone, he was directly or indirectly involved in the existence of 90 incinerators which burn over 1,000 tons of trash a day, keeping garbage from landfills, providing energy to thousands of homes. Brunner’s vast expertise was sought after as he consulted for governments, gave seminars and lectures and was an expert witness. His work brought him all over the world, to nearly every continent, from Australia to Africa and everywhere in between including Malaysia, Thailand and Brunei. A prolific writer, Brunner authored thirteen textbooks on incineration which are still used today. Incineration Systems Handbook is considered the industry’s go-to reference bible. He also wrote about medical waste disposal, hazardous waste incineration and hazardous site clean-up. Additionally, Brunner penned several novels and a memoir, Under The Sycamore Tree, about growing up in the Bronx. Born to the late Bella and David Brunner, Brunner was always curious and passionate about learning and building things. As soon as he could talk, his parents noticed his aptitude for math. He found his niche when his father bought his son an erector set with endless screws and washers. A four-year-old Brunner adored building elaborate elevators with cranks and pulleys some as high as six stories. He marveled at the possibilities of what he could create and never looked back. Brunner credits his high school education at Bronx Science for helping to nurture his passion for reading, mathematics and engineering. That led to degrees from the City College of New York and Penn State. Determined to give opportunities to future Bronx Science students, in 2016 he sponsored The Brunner Awards which provides financial stipends to students to pursue dreams they never imagined were possible. More than 125 students have received these funds which helps remove financial obstacles to experiences. Student projects have included everything from developing QR codes for restaurants to attending young writers’ workshops to traveling the world to conduct science research. “There are no limits to the Brunner Awards,” says Eleanor Coufos, Vice President at Bronx Science Alumni Foundation. “And students embrace the opportunity and challenge Mr. Brunner provided them.” For the robotics team Brunner offered the chance to attend national competitions. “These kids work incredibly hard and it would be a shame to cut their experience short for lack of funds,” wrote one parent to Brunner. “The whole team is stronger because you gave back.” Brunner is survived by his loving wife Claire Brunner, daughters Bonnie Brodner, Renée Paratore and Jeryl Brunner, daughter-in-law Sherry Brodner, son-in-law Andrew Paratore and grandchildren Rebecca Metzo and Michael Paratore, Curtis and Eli Brodner and niece Andrea Behrens. His two brothers, Robert and Michael Brunner, predeceased him. A longtime member of Mensa, Brunner relished in explaining the technology at Colvin Run Mill as a volunteer docent. He also held the bronze medal in the 2008 Northern Virginia Senior Olympics and won the Reston Volunteer of the Year Award for his service and dedication to his community. As he often said, “Life is a set of experiences.” And he had multitudes of them. In lieu of flowers, donations may be made in his memory toward the purchase of High Holy Day prayer books at Beth Chaverim Reform Congregation. Please visit, https://www.bcrcva.org/payment.php for details.

The family of Calvin R. Brunner created this Life Tributes page to make it easy to share your memories.