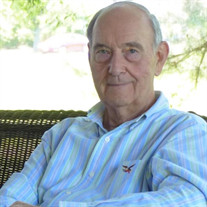 Buford Leon Brown Jr. of Alexandria, Virginia, died January 22, 2021 due to complications following major surgery. He now walks beside his parents, Buford and Madeline Kemper Brown, and his younger daughter, Donna Suzanne Brown Wicker. He is survived by his beloved wife, Olivia Lenore Colin, of Indiana, and her sister Beverly Colin (Mat Orrego). Two surviving children, Angela L. Ruiz of Staunton and Roger Byron Brown of Colorado Springs, are by his former wife, Elizabeth Marie Ambrose. Also surviving is his sister, Phoenicia Brown Eilert of Texas, and her daughter and three sons. He leaves four grandchildren: Madeline Hodges, Stephen Ruiz, Michael Brown, Scott Brown, and eight great-grandchildren. Leon was born in Tennessee on January 27, 1939, but was raised in Washington, D.C. and Alexandria, Virginia. Following his graduation from George Washington High School in 1957, he enlisted in the Marine Corps and reported to Parris Island. He successfully completed boot camp and advanced training, then transferred to the Marine Corps reserves for the next six years; in July 1964 he was honorably discharged. Leon began his professional career as a draftsman at Atlas Machine and Iron Works. He continued to pursue his education and secured management positions for prominent commercial construction companies including: Sigal Construction Company, Clark Enterprises, Omni Construction, Inc., and Senior Vice President of DRI Construction. In order to provide a niche for smaller construction businesses, he founded and was president of Tecton Enterprises, Inc. Major accomplishments encompassed projects such as The Tower Building, Embassy of Turkey, The Willard and Four Seasons Hotels. Though highly accomplished and gratified in his chosen career, his enduring passion was classical music, specifically for the piano. As a young child, he played the piano at his church in Washington, D.C. In his adult years, he gave piano lessons to students while he perfected his skills under the tutorship of Madame Tamara Dmitrieff of Georgetown who, herself, had studied under Rachmaninoff. During this same period, Lenore, a music major from Butler University and Indiana University, was being coached by Madame Dmitrieff. By happenstance, Leon and Lenore were each invited to attend a musical event and introduced. This proved to be a divinely orchestrated event. Leon lost no time asking for her phone number; she, as quickly, declined. Shortly thereafter, Lenore had second thoughts and invited Leon to an all-Chopin recital at the Kennedy Center. They inherently shared a deep love of music; now they began a lifelong love affair that lasted more than 43 years. Leon’s interests and hobbies were diverse: Arthur Murray ballroom dancing, piloting small aircraft, and researching Egyptology. He became a grill master which earned him the affectionate nickname “the meat man.” Leon and Lenore initiated traditions that lasted for decades: summer vacations at Virginia Beach, Christmas (Leon’s favorite holiday) at the Grand Illumination in Williamsburg, and trips to his second home, Indiana, to visit family and friends. As the years passed, he was always content to relax at home, play the piano, listen to opera arias, read, cook with Lenore, eat Thai cuisine, and watch late night movies. Leon’s father was known as a “prayer warrior.” Leon, too, had deep spiritual beliefs though he did not often articulate them. He never lost his Christian faith. He embraced life. He lived it to the fullest. A celebration of Leon’s life will be held on January 30 at Lighthouse Baptist Church, 5901 Wilton Road, Alexandria, Virginia 22310. Viewing will be held at 11 o’clock followed by a 12 o’clock service. The Reverend Philip J. Bishop will officiate. Pallbearers are Byron Brown, Michael Brown, Stephen Ruiz, William Ruiz, Jason Hodges, and Mat Orrego. Interment will be announced at a later date. In remembrance of Leon’s life, flowers should be sent to Jefferson Funeral Chapel, 5755 Castlewellan Drive, Alexandria, VA 22315; charitable donations may be made to Lighthouse Baptist Church or your favorite charity.

The family of Buford Leon Brown Jr. created this Life Tributes page to make it easy to share your memories.