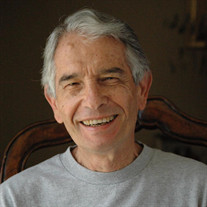 Arnold Nachmanoff (April 4, 1937 – April 19, 2022) Arnold Nachmanoff, was born on April 4, 1937, in New York City. His parents, Emanuel (Manny) and Clara Nachmanoff (nee Klayman) were first-generation immigrants from Bessarabia (current day Ukraine). “Arnie” grew up in the Bronx and played basketball at Bronx High School of Science. An exceptional student, he skipped two grades and started college at the age of sixteen at Columbia University. He graduated in 1957 with a Bachelor of Arts in Philosophy and shortly thereafter began post-graduate studies in International Relations at the University of Denver under Josef Korbel, the distinguished Czech diplomat and father of Madeline Albright. Arnie ultimately completed his Master’s degree in 1967 with a thesis on the relationship between nationalism and communism in Czechoslovakia. While in Denver, Arnie met and fell in love with Harriet Sue (Susie) Schiff. They married on July 18, 1959, one week before Arnie was commissioned as an officer in the United States Navy. The newlyweds moved to Honolulu after Arnie completed his training as an intelligence officer, and he served on the staff of the Commander-in-Chief, Pacific Fleet, monitoring Soviet nuclear testing during the height of the Cold War. While in Hawaii, Arnie and Sue joined the East-West Center at the University of Hawaii where they befriended a wide assortment of intellectuals and academics, including a young international student from Kenya named Barack Obama, Sr. Upon leaving the Navy in 1962, Arnie and Sue moved to Washington, D.C., where he served as a foreign service officer in the U.S. Department of State and embarked on travels that took him to Latin America, Europe, Asia and Africa. Arnie and Sue settled in Arlington, Virginia and remained there to raise their family. After working as a foreign service officer (with a one-year interregnum in Belmont, Massachusetts where he served as the Director of International Programs at Brandeis University), Arnie joined the U.S. Bureau of the Budget (now OMB) in 1966 where he worked on international issues. In 1969, Arnie moved to the National Security Council where he eventually served as Henry Kissinger’s senior staff member for Latin America. In 1972, Arnie left government service to work as the Vice President for Investment Management at Opportunity Funding Corporation, a nonprofit organization devoted to funding economic development in underserved communities in the United States. In 1977, Arnie was appointed to serve as the Deputy Assistant Secretary of the Treasury for Developing Nations. Throughout his twenty-one-year tenure in public service, Arnie served with distinction under four Presidents: Kennedy, Johnson, Nixon and Carter. In 1981, Arnie and Sue moved to London when Arnie joined S.G. Warburg & Company, Ltd. as Director of the Overseas Advisory Division. For seven years, Arnie and Sue traveled extensively in the United Kingdom and Europe, including unforgettable family trips to Greece, Italy, Israel, and France. In 1988, after all three sons had left for college in the United States, Arnie and Sue decided to return to Arlington, Virginia where they remained for the rest of their lives. After working as a consultant on a variety of international ventures, Arnie turned his attention to the greatest joy of his life – his seven grandchildren. For several years, Arnie and Sue traveled to California on a regular basis to visit their children and grandchildren and to the United Kingdom to visit friends. After Sue was diagnosed with Alzheimer’s, Arnie devoted himself to her care and faithfully visited her on a daily basis when she eventually needed full-time assistance. They had been married for sixty-one years when Sue passed away in the summer of 2020. Arnie was a loving husband and father, a loyal brother and son, a dedicated public servant, and a patriotic citizen. He was loved, admired, and respected by his family, friends, and co-workers, all of whom relied upon his advice, support, compassion, and wisdom. Arnie rarely lost his temper or raised his voice. He listened carefully to others and always thought before he spoke. He was sophisticated without being pretentious, charming, debonair, and wise without a trace of arrogance. He was equally comfortable addressing heads of state or CEOs as he was playing with his children in the pool. Arnie also had a wonderful sense of humor and a mischievous side that would make an appearance at just the right moment. He was an accomplished tennis player and had a beautiful singing voice. He was a patron of the arts and instilled in his children a lifelong passion for music. He took great pride in his children and grandchildren’s accomplishments, attending countless dance recitals, karate exams, and volleyball matches, but his greatest gift, without any doubt, was his unconditional love for and his devotion to his family. Arnie’s life of service to his family and to his country reflects the very best the United States has to offer. He took great pride in having lived the American Dream, and he never forgot his parents’ struggle to provide him with the opportunities that allowed him to attend college, travel the world, participate in foreign affairs and international finance, and give his children opportunities far beyond any he had experienced growing up. In addition to Arnie’s contributions as a naval officer, foreign service officer, and senior government official, Arnie’s legacy of service will continue through his children, grandchildren, extended family, and the many people he helped and counseled throughout his long and purposeful life. Arnie is survived by his older brother, Daniel Nachmanoff, his three sons, David, Jeffrey and Michael, three daughters-in-law, Jennifer, Carrie and Kiki, seven grandchildren, Clara, Anna, Sophia, Adam, Bug, Charlotte and Django, and a close-knit extended family of nieces, nephews, and dozens of cousins spread across the country from New York to California and around the world from France, Germany, and the United Kingdom to Russia. Arnie was a member of the Council on Foreign Relations, the Inter-American Foundation (Board of Directors), and the Center for Inter-American Relations. He was also a member of the Cup & Container Workers Union #470.

The family of Arnold Nachmanoff created this Life Tributes page to make it easy to share your memories.