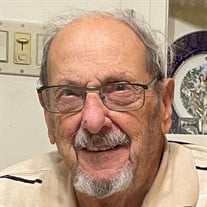 Anthony Vincent “Tony” Delcoco was born 11 August 1934 in the railroad town of Altoona, Pennsylvania. The youngest child of Antonio Delcoco and Anna Cinalli he had five siblings (Nancy Delcoco Villano, Carmella Delcoco Longo, Joseph Del Coco, Mary Delcoco Naperkoski, and James Delcoco. In 1952 he entered the Army and, following basic training, was stationed in Germany where he served as a cook. Following his discharge he moved to Alexandria, Virginia, first staying with his brother. He started a career with the Giant grocery store chain that would span more than forty years. Tony loved his job working at Giant, working his way up to assistant manager at several Virginia area stores. While working he went to night school and in 1974 received his Bachelor of Business Administration in Marketing from the South Eastern University. When he retired from working directly in the stores for Giant, he continued working with them as an paid advisor assisting in the opening of new stores in Maryland, Delaware, New Jersey and Pennsylvania. After work he would have a Miller Lite or two at the Ground Round (which became Applebee’s) and later at the Alexandria Moose Lodge. While in Alexandria he met, and in 1960 married, Kathleen Sullivan of Glens Falls, New York. They originally lived in the city of Alexandria. In 1966 they moved to Ridge View estates near Springfield where he still lived at his passing. Kathy and Tony remained married until her passing in 2007. He met Addie Arthur through a church group, and they remained a couple until her passing in 2012. His life was brightened again when Jean Lutsky came into his life and remained until his passing. Tony is the loving father of Ann Lynette Godlesky, nee Delcoco (spouse Mark) and Michael Vincent Delcoco (spouse Karen); cherished grandfather of Zachary Delcoco (spouse Rachel), Albert Godlesky, Rachel Godlesky, Mikayla Delcoco, Deeanna Delcoco and Gabriella Delcoco and great-grandfather of Thomas Delcoco and Virginia Delcoco. Tony also enjoyed his place in Myrtle Beach, sitting on the sand with his cooler, reading and taking the occasional dip in the ocean. At one time many of his colleagues and friends also maintained beach homes in the area. Following retirement he doted on his grandchildren, attending many sporting events, concerts and other school functions. He cultivated a small vegetable garden in his backyard for years. He also traveled, enjoying several cruises. He would take the occasional road trip to Altoona returning with dozens of loaves of Italian bread, stinky cheese and, pepperoni which he distributed to numerous nieces, nephews and other relatives and friends. He also picked up boxes of Mallow cups from the factory there. Even after his diagnosis he insisted visitors take a “loaf of good bread” from his stash. Tony passed away at home on September 21, 2021, following a short illness. He was surrounded by family. He will be greatly missed.

The family of Anthony V. Delcoco created this Life Tributes page to make it easy to share your memories.

Send flowers to the Delcoco family.