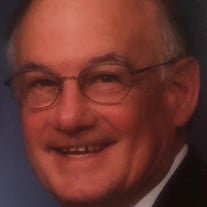 Allen George Freeman, Jr. passed away on September 5, 2020 in Springfield, Virginia. He was born in Bethel, Virginia on March 6, 1935. Upon his high school graduation, he enlisted and served in the U.S. Air Force for nine years. He met and fell in love with his beautiful wife Linda at the “Bun” in Grand Forks, ND in 1961. They married later that same year on August 5th at the Zion Lutheran Church in Hoople, ND. In 1970, they moved to Springfield where they raised their three boys, Jeffrey, Todd, and Greg. Their love story would last 59 wonderful years. Al worked as a top agent for Mass Mutual Insurance for 52 years and retired three years ago. During his illustrious career, he earned a place at the firm’s Million Dollar Round Table. His service to God, his country, and community were important aspects of his rewarding life. He was a devoted member of St. Mark’s Lutheran church. He became a Freemason in 1966 and rose to become a 32 Degree Scottish Rite Mason. He was a proud member of the Shriners organization and participated in a multitude of fundraisers and events to help those in need. He was the recipient of the prestigious Lion’s Club International Melvin Jones Fellow Award for his dedication toward humanitarian services. He also enjoyed being a member of the Sons of Norway and the Elks Club. Other lifelong interests included golf, traveling, and creating beautiful frames for various pictures and photographs. He cherished his roles as husband, father, brother, uncle and grandpa to his many grandchildren. He is survived by his beloved wife Linda; children Jeffrey (Deanna & Kai), Todd (Tammy & Corinne), Greg (Josh), and Danielle (Stephen, Nikki, Zach, Nate, Julie, Marjorie, Richelle, Daniel, Todd, Chip, Aubrey & Charlie); his sister Barbara (Ray, Donna & Rocky); and numerous nieces, nephews, and great- grandchildren.

Allen George Freeman, Jr. passed away on September 5, 2020 in Springfield, Virginia. He was born in Bethel, Virginia on March 6, 1935. Upon his high school graduation, he enlisted and served in the U.S. Air Force for nine years. He met and... View Obituary & Service Information

The family of Allen George Freeman Jr. created this Life Tributes page to make it easy to share your memories.

Send flowers to the Freeman family.